Oh China (this phrase is used quite a bit here).

When we first moved here, I was very excited to be able to continue riding (and I am still thankful that I do have the opportunity to continue to ride!).  In the beginning, I rode for quite a while.  Then the commute became too annoying (the traffic constantly changes around here where one day it is ok/manageable and the next it is a nightmare).  On top of the rough commute, the English speaking coach I used had left.  That meant, I had a to pay a pretty penny to use a non-English speaking coach (which meant, I pretty much was just riding around without any instruction).  I was happy to ride but with the amount of money I was paying, I felt I should get some instruction.  Because of that, I opted to save my money and take a break from riding. 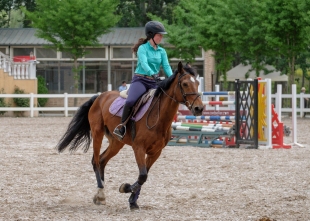 A few months past without riding, and I heard they found a new English speaking coach.  After hearing some friends who were telling me about their horseback riding adventures here, I really started to miss it, so I decided to try out the new coach.

The new coach was pretty good (his English has been improving—waayyy better than my Chinese!).  I appreciated the fact that he actually instructs throughout the lesson.  The way the Chinese seem to go about the lesson is just to have you get on and ride and make a few comments every once in a great while (I’m not paying that much just to have one or two comments during a lesson).  They hired a French coach to be the trainer for the coaches, so I’ve seen improvements in that area where they now have a focus for the lesson and instruct you pretty much throughout out (although the instruction still isn’t quite up to the standards I’m looking for…but it is good enough for China). 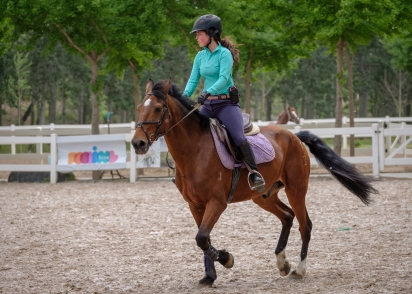 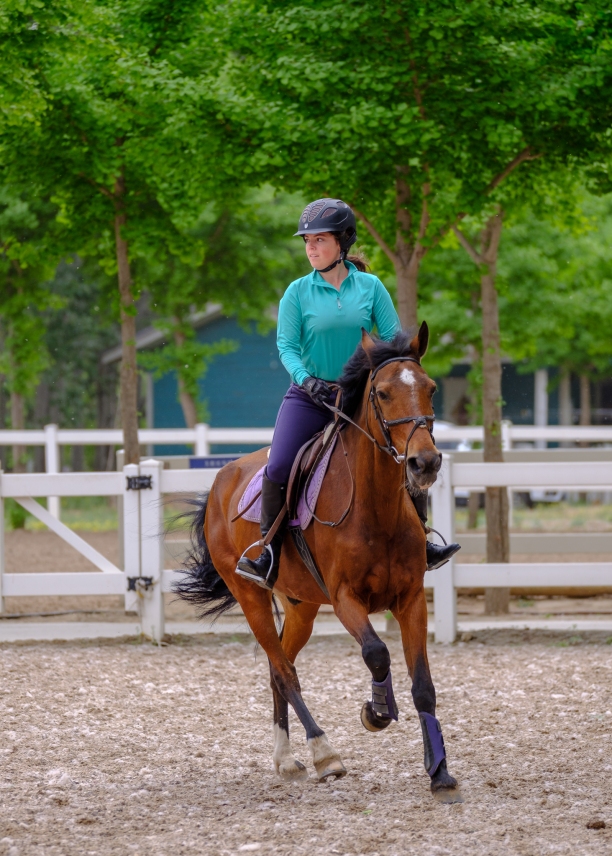 My coach seems to know what he is talking about but he doesn’t seem to understand how I can’t execute something like he can (it may be because I only ride twice a week for an hour each whereas he rides six times a week for six hours….).  I guess it makes for some interesting lessons.  Some favorite moments:

“Do you understand?  Then why?”

“Be careful.  The horse is happy.” (aka the horse has a lot of energy and is very spooky so don’t fall off)

You know you’ve done a good job when the coach actually gives you a pat on the back.  That was one successful lesson. 😉

TOTE:  Sometimes things won’t be like you want them to be so you have to make the most of it.